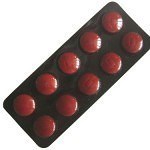 Yesterday, the minister of Health, mr. Eugen Nicolaescu announced that the National Liberal Party intends to come with its own version of reform for the health system, by changing in a radical way the financing system. Such declarations should stop – as the health policies should be based on serious analysis over options and should be planned and debated. Our reports shows how to increase the revenues;  what can be handed over to the private sector and how the expenses can be rationalized.