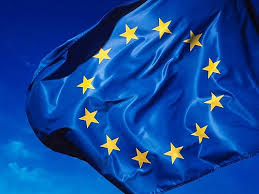 This is to inform you that the putsch against the rule of law in Romania, started in the summer of 2012, continues in full force. On Tuesday, December 10, the Parliament has given a full waiver of criminal liability to MPs involved in corruption and decriminalized conflict of interest. Through these amendments, full impunity for powerful politicians returns to Romania, bringing us back to the early 90s, invalidating the work of DNA, ANI and brave judges.

In other words, by and large, a tenth of the MPs will be direct beneficiaries of the provisions they voted in favor of yesterday.

Please note that a general amnesty and pardon law, covering the vast majority of crimes, postponed in yesterday’s session, has just been placed on next week’s Parliament agenda. This law would have a huge impact on Romania’s Schengen accession.

Just like in the summer of 2012, everything happens overnight, in a rush, with no consultations, in total lack of transparency and full disrespect for the citizens, and without even asking the opinion of the judicial institutions involved.

As the Romanian democratically elected institutions fail to represent us, we, as European citizens, turn to you to protect our rights, guaranteed by the Treaty.