Expert Forum is pleased to invite you to a debate on political clientelism and its effects on elections and good governance. Together with partners from the Republic of Moldova (Expert Grup) and Georgia (Institute for Development of Freedom of Information) we created an explanatory framework for the clientelistic behaviour in the region.

The profile of political clientelism in Eastern Europe:
the comparative cases of Romania, Moldova and Georgia

Results from three countries on how governments use public investments money to buy influence at the local level to build parties and stay in power, and what role procurement contracts play in this politicized game. If EU money are vulnerable, national money are even more so: subject to almost arbitrary allocations. Starting from data, including a series of interactive maps showing the extent of the phenomenon (www.expertforum.ro/harta-clientelism), we invite you to take part in a discussion about the effects of clientelism on the quality of democracy and the effectiveness of the EU institutions in South-Eastern Europe. 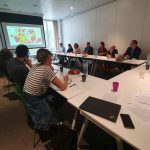 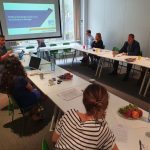 The event is part of the Combating Clientelism in Local Investments and Financial Transfers (CC-LIFT) project.

Co-financed through a project supported by The Rule of Law Program South East Europe of the Konrad-Adenauer-Stiftung.