2016 brings two important goals for the government, regarding the rule of law: the appointment of persons at the top of the judiciary system and the organization of local and parliamentary elections. In the first case, stability and continuity must be ensured, in other words fewer institutional changes and a competent and transparent selection of individuals who can deliver measurable performance.

Regarding elections, the challenge comes from the fact that a majority of mayors who are currently in charge – many of them with integrity problems or in clientelistic relations with the centre – have the chance to be re-elected on the vote in a single round. In the past four years local officials migrated in order to gain political support and to receive discretionary resources from the Government (see Map of Clientelism EFOR), forgetting about people’s interests or their responsibility towards the community. 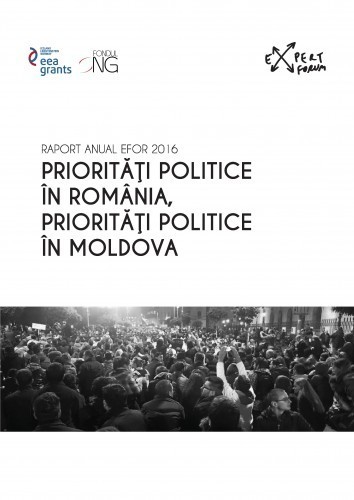 Considering the fact that citizens who protested in the streets and the civil society called for refreshing the political class, the legal conditions and the intentions of political parties show that this ideal is far from being achieved. Instead, the return to two rounds for the local elections would open political competition.

The situation in Moldova has stagnated in the past year and discontent is reflected through street protests, involving citizens, new political forces or populists. Although Vlad Plahotniuc has 95% rate of distrust in public opinion, he influences the developments in the country. Moldova’s situation is indeed more difficult since foreign donors stopped all sources of funding. Romania remains one of the few chances of Moldova, but to ensure that the money will not take the path of the disappeared billion dollars, clear conditions related to reforms should be imposed. Who will monitor them is not very clear, but it is obvious that civil society from Romania and Moldova will play a significant role in the implementation of a real Agenda of Good Governance.

Project financed by the EEA grants 2009–2014, through the NGO Fund in Romania and a grant funded by the Open Society Institute (OSI). The contents of this material does not necessarily represent the official stand of SEE grants 2009 – 2014. For official information regarding the SEE and Norwegian grants, access www.eeagrants.org.

The project “Initiative for a Clean Justice” (www.justitiecurata.ro) is implemented by Freedom House Romania in partnership with Expert Forum and the Romanian Centre for European Policies