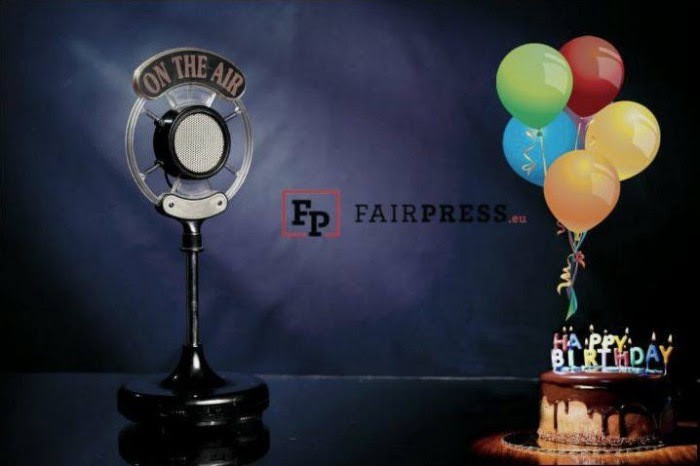 Fairpress.eu is celebrating its 2nd Birthday. Portal went live on the 8th July 2014 with initial traffic expectations being far exceed. Over the first 2 years, we received a total number of 320.324 sessions and 488.399 pageviews. 218.475 users were/are actively engaged with our portal and 16.655 people have liked Fairpress Facebook page. 592 articles were published in national languages; 229 articles translated in English. Fairpress has had some impressive successes during its first two years.

The Media Clientelism Index (MCI) was presented on 15 December in Croatian Journalists’ Association in Zagreb. Results of measurements were presented simultaneously in five countries (Republic of Croatia, Bosnia and Herzegovina, Montenegro, FYR of Macedonia, Republic of Serbia) conducted within the framework of the project Civil Response to Clientelism in Media – MEDIA CIRCLE. Measurements of the Index in “ground zero”, i.e. in the first year, show that the best positioned country among the six countries that were part of the measurements is Serbia. Croatia, due to the excellent results in measuring quality and understanding of the functioning of the media industry, has the second best score, while Montenegro took third place, Romania is located at the middle of the scale, and Bosnia and Herzegovina and FYR of Macedonia mark negative results, which signals the need to urgently begin the process of discussion on media politics in those two countries.

Over the two years period we wrote and published several in-depth and analytical articles, disclosing non-transparent influences of some publishers, politics or financial moguls over the media scene in the SEE region, such as the non-transparent selling of Novi list:

We reported on the protests of journalists in Serbia, among which are the protests due to unexplained dismissals on Radio-Television Vojvodina (RTV). For example:  Thousands of citizens gave support to Radio-Television of Vojvodina: It’s tragic that the authorities cannot recognise what the citizens want to tell them. We wrote about a protest walk in Zagreb where about two hundred journalists demanded the resignation of the Minister of culture, because of disrupting and endangering press freedoms. (After the protest „Freedom to journalism“, annual awards of HND given out: Journalist of the year is Elizabeta Gojan. President of Croatia booed.) Also, we published articles about protest at the Square of the Victims of Fascism in Zagreb regarding the purge within the public service (Croatian Radiotelevision – HRT).

Among the protest that we covered were those in Macedonia and Slovenia:

See more details on the website of the project, www.fairpress.eu