The Initiative for a Clean Justice (ICJ), a coalition of seven NGOs, lead by Expert Forum and Freedom House Romania. ICJ  has set up a working group to monitor and inform the public regularly, accurately and consistently, on the quality of the act of justice, by monitoring the ongoing reforms in this field and by assessing the Government decisions and actions on justice matters. Throughout this project we have established ICJ as a solid and trust-worthy partner in the area of anti corruption and judicial reform, we have contributed to the consolidation of associations of magistrates, and, also, we have significantly spurred debates about key topics in the Romanian judiciary. IJC has also taken a stand publicly whenever the subject of the rule of law and related reforms appeared on the public agenda, or when there was a crisis triggered by the danger of reform reversals. This was especially the case when important laws and institutions related to the EU’s “cooperation and verification mechanism” were under threat.

Since May 2012 we have been monitoring the reforms in judiciary and the rule of law in Romania, in direct connection with the Mechanism for Cooperation and Verification (MCV) created by the European Union. Having in mind the political developments in Romania in 2012, we believe this initiative is particularly timely and of high public interest. A series of public reports and debates will follow. This effort is kindly supported by the US embassy in Bucharest. Our partners are Freedom House, Romania; the General prosecutor Office of Romania; the Supreme Court; the Anti-Corruption Prosecutor Office; the Superior Council of Magistracy (CSM). 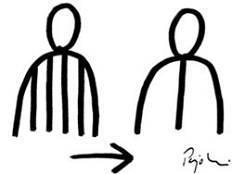