EFOR continues the research concerning the way in which procurement was made from the National Local Development Programme (PNDL). The funds allocated through PNDL are meant for the development of local infrastructure, such as roads, water supply, water treatment plants, sewerage, construction of sports facilities or modernization and construction of public buildings. Although the funds are allocated by the Ministry Of Regional Development and Public Administration (MDRAP), the procurement procedures are made locally, by the beneficiaries (e.g. municipalities and country councils). 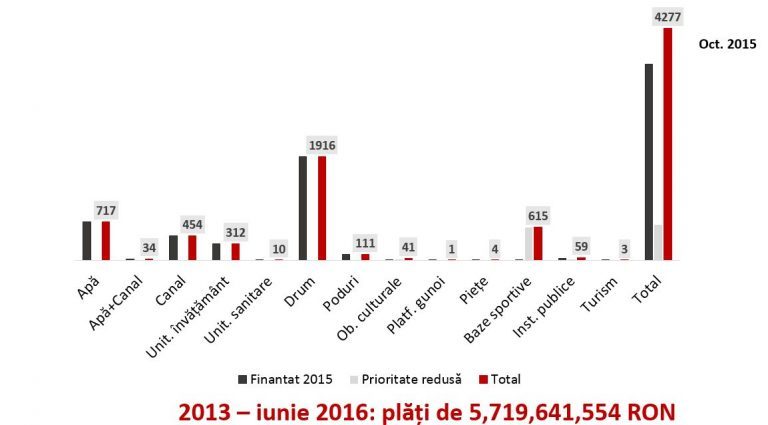 EFOR has already showed that the distribution of these funds is predisposed to political clientelism practiced by all parties and between 2012 and 2016 a governing mayor had twice the chance of obtaining money than one from the opposition. The situation is even more evident between 2007-2008, when the chance was thrice as bigger.

The main conclusions are:

Read also the first of the research here.

Co-financed through Prevention of and Fight against Crime Programme of the European Union.

The project Law, Economy, Competition and Administration – Developing a Multidisciplinary Approach in the fight against Public Procurement Criminality is financed by the European Commission, through DG Home Affairs. This publication reflects strictly the opinions of the authors, with the European Commission not being responsible for any way of use of the information contained therein.

The project is developed by the Freedom House România in partnership with authorities and public institutions: The Ministry of Justice, Competition Council, National Agency of Public Functionaries, NGOs: EFOR; international partners: The Center for the Study of Democracy (Bulgaria)