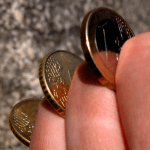 Watchdog on the energy regulator (ANRE), which we monitored independently in terms of both governance and regulatory substance, together with a panel of experts. The project concept was one of the winners in the Global Integrity Impact Challenge 2009 and received financing from the Partnership for Transparency Fund. The two reports prepared under the project are here (+ brief 1) and here (+ brief 2).

Monitoring the transparency in public procurement, a project financed by the EU and in which our experts checked the responsiveness of 300 public institutions on FOIA. From non-responsive agencies, we selected a few high profile cases and initiated strategic litigation processes. So far, we won – and pushed several public agencies and companies for more transparency. The full report is available here (RO).

Money transfers from the National Road Fund were clearly misallocated between 2001-2003 by the Secretary of State in the Ministry of Transport to his own county and to the townhall where his brother was a mayor. We demonstrated this to the public, in a brief report available here (RO). The Secretary of State was replaced after our investigation, extensively covered by most media.

Contrary to popular belief, foreign companies seem to get much less benefits from their contracts with the state than the locals with good connections. We compared profitability rates for road contractors, foreign and Romanian, and found that the latter systematically registered higher rates of profits, sometimes as high as 40%, which suggests the locals benefit preferential treatment.