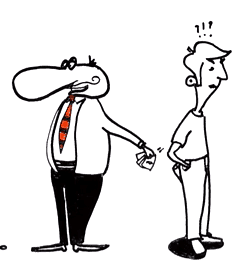 Many myths and scandals have been produced during the past years around the discretionary allocation of funds from the government to the local administrations. It has been said that some have been favoured, that the previous ones have been excessively clientelistic and the current government is just fixing the injustices, that the mayors coming from the party in power are abused by the opposition county barons and so on. There is only one way to find put the truth: to identify the mechanisms through which the clientelistic allocations are being made, to publicize the complete data for a longer period of time and to set-up an indicator that can quantify the intensity of the political clientelism.

The conclusions of EFOR’s analysis are the following:

1. The sums that have been allocated in a clientelistic manner represented in the peak years about 70% of the local investments; the rest is EU money. Apart from the latter, where there are some selection criteria and an external auditor (the Commission), these sums are 100% discretionary. They are allocated by the Government and the ministries without any clear justification or project competition. In other word, they represent the pure political clientelism.

2. In some years, it was three time more likely to receive funds if you were a mayor belonging to the party in power than if you were in opposition. Still, the most favoured mayors have been the theoretically independent ones (a result that can also be found in the Republic of Moldova) that suggests that the discretionary allocations have been intentionally used in order to encourage the political migration

3.  This type of clientelistic allocations makes us miss development opportunities by using public funds for irrelevant or unfinished projects. This represents money used for political purposes that do not really contribute to development.

Find more information on the Map of Clientelism.