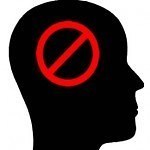 The co-signers of this appeal want to publicly condemn the decision of the Romanian National Broadcasting Council (CNA) to penalize the B1 TV station with the record fine of 70,000 RON ($23,000) for the opinions expressed by journalist Robert Turcescu. We also warn about repeated attempts to silence the Romanian journalists whose views differ from those of the government. The CNA decision from February 6, 2014, is a violation of freedom of expression and an attempt to intimidate the press.

B1TV station was penalized by CNA because the journalist Robert Turcescu, in two editions of the show that he moderates (“Under the question mark “, on December 13 and 25, 2013), called the amendment of the Penal Code done by the Chamber of Deputies a “strong blow applied to the rule of law” and said that “the lawmakers practically mounted a coup, [and] have amputated the Penal Code putting themselves above the law”.

The amendment of the Penal Code that the journalist referred to happened overnight, without any consultation and was meant to decriminalize politicians of corruption charges and conflict of interest. This event, that happened on December 12, 2013, is now widely known as the “Black Tuesday” of the Romanian democracy.

The U.S. Embassy to Romania released at the time a public statement and said that this vote in the Chamber of Deputies is “a step backward for Romania” because it violates “a basic tenet of democracy […] that all people are equal under the law”. Commenting on this reaction, Robert Turcescu stated that “some crazy people are setting the country on fire and the fireman on duty from the US Embassy must step in”.

The international media reported on this vote that “Romanian MPs decriminalise political corruption” and described the public reaction as “Public fury over MPs’ immunity from Corruption Investigations”. This event brought back the issue of the rule of law on the Romania-US bilateral agenda, triggering a visit from Assistant Secretary Victoria Nuland to Bucharest to discuss this issue with Romanian officials.

The amendment of the Penal Code was challenged at the Constitutional Court by 92 of the 111 Supreme Court judges, a move of unprecedented magnitude in recent history.

The Constitutional Court has unanimously ruled that the changes to the Penal Code violated the Constitution: “Considering that the finality of the law is to create the premises for public servants to perform their duties with objectivity (…), to exercise the job duties respecting the principles of impartiality, integrity, transparency of the decision and the supremacy of the public interest, and not in order to achieve personal financial gain, to harm the public interest and affect public confidence in state institutions, reducing the legal coverage of the conflict of interest generates important issues of unconstitutionality. (…) The Court finds that the separated juridical status, privileged in terms of criminal liability, is contrary to the principle of equal rights (…) from the Constitution, according to which the citizens are equal under the law and in front of public authorities, without any privilege or discrimination.”

After this vote, the Romanian Parliament received from the organization of investigative journalists Organized Crime Corruption Reporting Project the “Person of the Year 2013” distinction, an award given annually to promoters of corruption and organized crime in the world.

In this context, we believe that the opinions expressed by journalist Robert Turcescu were as serious as the facts that he talked about, and that the harsh punishment of such opinions by CNA is a suppression of freedom of expression.

CNA’s disproportionate reaction is even more serious as the same institution fined on the same day with just 50,000 RON ($16,000) the pro-governmental station Antena3 for media lynching and slandering against some journalists who criticize the Government. This way, the decisions of a public institution are added to the pre-existing pressure being applied by the pro-governmental TV stations on critical journalists.

Practically, CNA has turned a legitimate statement about amending the Penal Code to benefit the politicians into a “crime of opinion”. And this opinion, which is now shared by a large majority of the society, has been punished more harshly than the personal attacks that seriously undermine human dignity and are conducted constantly by pro-governmental TV stations.

The attempts to intimidate journalists and the press using public institutions can lead to inhibition and censorship of opinions, with grave consequences for public scrutiny over the actions of the government. “A free press is essential to the quality and the integrity of democracy. Free press is how the citizens of the country understand and have transparency into what their elected representatives are doing”, Victoria Nuland said in Bucharest.

The right of the Romanians to accurate information, to diverse opinions and acceptable standards of language in the public sphere is already vitiated by the fact that many TV stations are owned by politicians with big business interests. Some of them have also legal problems, or a past with close ties with the Communist dictatorship, and they use the media not to inform, but to discredit their opponents, to intimidate journalists, officials and magistrates.

In fact, Secretary of State John Kerry described this situation in Munich recently, where he said: “We see a disturbing trend in too many parts of Central and Eastern Europe and the Balkans. The aspirations of citizens are once again being trampled beneath corrupt, oligarchic interests, interests that use money to stifle political opposition and dissent, to buy politicians and media outlets, and to weaken judicial independence and the rights of nongovernmental organizations.”

Such slippages, which lead to restriction of freedom of expression or that gravely impair the human dignity, have to be monitored and publicly criticized to ensure the right of the Romanians to accurate information and pluralism of opinions. In this regard, an initiative to favor the respect of the deontology has recently gathered the public support of over 600 journalists and publicists from Romania and diaspora.

We urge the entire political class in Romania to refrain from putting further pressure on journalists so that they can further continue to inform the public.

We also appeal to the international organizations to monitor Romania to ensure that freedom of the press and freedom of expression are respected.

Nevertheless, we call the Romanians, in Romania and in diaspora, to solidarize with us in this action to support the free press and to defend the freedom of expression.