On 21-22 January 2016, Expert Forum continued the series of seminars on the rule of law and active citizenship in Timisoara, within the Youth in Agora project, part of the School for Democracy program. The events were organized in partnership with the N. Lenau High School and the Timişoara Technologic High school of Food Industry.

On January 21, we organized the first meeting between over 50 students and teachers from the two high schools and also from the Technical College “Henri Coanda” and the Sogn og Fjordane Region vice-deputy governor, Mr. Gunnar Haereid. The topic of discussion concerned the way in which public consultation and the mechanisms through which citizens can access public information in Norway work, as well as the practices of these two topics in Romania.

The main conclusions of the debate: the access to information is the fundamental pillar of a democratic state, the proper functioning of the Norwegian State is based on the trust of citizens in public institutions, and the law applies to all in the same way, regardless of the public status of a person. Important national projects remain in public debate usually three months and are open to comments to all interested people. Access to information is fast, computerized, responses are usually sent in 1-3 days, and refusal or abuse are rather exceptions. Proactive publication of information is a practice in the Norwegian government. The event was attended also by the vice-mayor of Timisoara, Mr. Dan Diaconu.

On the afternoon of January 21, vice-deputy governor of the Sogn og Fjordane Region, Mr. Gunnar Haereid met the representatives of the Timisoara Society, the debate being focused on how the Norwegian State involves citizens in the decision-making process, but also on talks about the situation of immigrants or the Norwegian social system.

On January 22, the project continued with a training seminar for 25 students, where they learned how the local council and, the local government, work in general. They also prepared a monitoring plan for this institution on issues related to youth. Local councilors from Timisoara attended the event.

The School for Democracy is an Expert Forum program through which we develop skills of community involvement and decision making, we generate debate on issues, such as rule of law and active citizenship, and we support citizens in their civic actions. 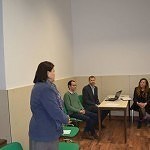 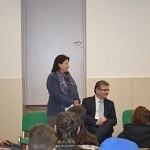 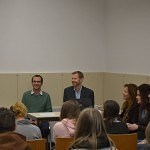 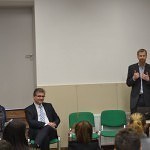 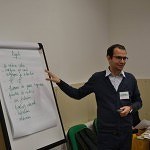 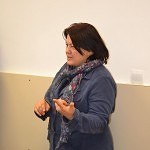 Project financed by the EEA grants 2009–2014, through the NGO Fund in Romania.The contents of this material does not necessarily represent the official stand of SEE grants 2009 – 2014 . For official information regarding the SEE and Norwegian grants, access: www.eeagrants.org