On the 6th on March, the Committee on Civil Liberties, Justice and Home Affairs in cooperation with Partnership for Social Development held a public hearing in the European Parliament on Media Clientelism Index: Measuring Media Realities in Six South East European Countries.

MCI 2016 recorded most significant decline in Serbia and Romania in comparison to previous year measurement. Croatia is placed well ahead of Serbia, however, the overall picture in Croatia has deteriorated, as well. The 2016 measurement indicates that the situations in Serbia, Montenegro and Macedonia are very similar, thanks to the similar dynamics of political activity in these countries in the previous year. A considerably worsening of media picture, i.e. risk of clientelism in the media, was recorded in Romania, which corresponds to the actual state of affairs, i.e. to significant political intervention in the media in the previous year.

In conclusion, clientelism and politicization of the media, and institutional setting in charge of media issues, in the societies observed have become the rule, rather than the exception, and in all these societies, it is fair to speak of media capture, i.e. a media scene which is controlled to a significant extent by various political, economic and financial interest groups. 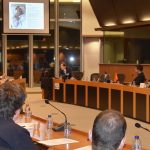 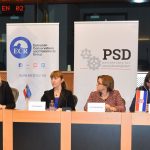 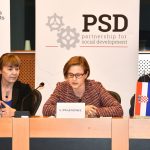 This year the presentation of the results of the measurement gave special attention to the case of the investigative journalist Dušan Miljuš in Croatia. According to the available investigative information and documents, in 2008 one of the strongest Crime Syndicates in Croatia, known for its high level political connections, engaged to murder Dušan Miljuš, who was badly injured, but survived due to „lucky“ circumstances and reaction of the witnesses. Despite the evidence available at the time, prosecution and investigation bodies failed to adequately proceed with the information available to them and failed to engage in the deeper investigation on who contracted the attack. This has resulted in failure of the case before the justice system (attackers were set free). In the attempt to reopen the case in 2017, both active journalists’ associations in Croatia, failed to support the case, leaving Dušan Miljuš alone with his fate and with increased danger to his life.

The public hearing was chaired by MP Monica Macovei (ECR). In her opening speech, Macovei emphasized a critical need for media ownership transparency:

”We need to know who the real owners of the media are. This is expected to be achieved within the 5th Anti-Money Laundering Directive, to achieve full ownership transparency.”

MP Željana Zovko (EPP) urged the media to be held responsible to the citizens rather than to be political servants. She also mentioned that the heavy burden of ethnic divisions in Bosnia and Herzegovina and the serious lack of transparency in money allocations to media from state budgets affect the media landscape.

Sabine Zwaenepoel, Coordinator of the Centre of Expertise on Rule of Law and Fundamental Rights (DG Near) emphasized that none of the countries recorded progress; but some countries, in fact, recorded a deterioration in the media freedoms aspect.

”Media are the backbone of democracy. Nevertheless, the muzzled media are a threat for democracy. This is why we need to continue our efforts in assuring media freedoms and independence”, Zwaenepoel said.