Sigur, in limbajul ei mai politicos concluzia raportului publicat azi suna asa:
„In July 2012, the Romanian Government and Parliament adopted a series of measures in quick succession, which led to the removal from office of the Advocate of the People, the Presidents of both Houses of Parliament, a limitation of the competences of the Constitutional Court, changes on the conditions for a referendum on the suspension of the President of the Republic and the suspension of the President itself. The Venice Commission is of the opinion that these measures, both individually and taken as a whole are problematic from the viewpoint of constitutionality and the rule of law”. 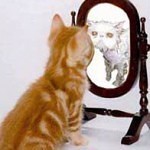