You have surely often heard terms such as rule of law, anticorruption, transparency, public participation; but you also heard of oligarchs, moguls, clientelism and populism. All these factors influence your way of life, how public funds are spent, how the government works is or how politic and economic relations are developed. Furthermore, it affects the democracy in your country or region, how fair is the vote, how much is invested in education, health or the road in front of your home.

You care about the community you live in and the way decisions are taken around you, but you don’t know how to get involved?

About Summer School for Democracy

School for Democracy, an Expert Forum program, supported by the Embassy of the United States of America in Republic of Moldova and the Embassy of Canada in Bucharest, with the participation of the British Council offers explanations, solutions and instruments to better understand, monitor and contribute to prevent the allocation of public funds on clientelistic criteria, non-transparent procedures regarding public policy and infringement of human rights.  Based on the vast past experience of the two organizations and their partners, we invite you to participate alongside 20 other young people, with leadership potential at an non-formal and interactive seminar from which you will learn and exchange experiences alongside experts and activists from NGOs and representatives of public institutions from Romania.

Moreover, you will learn alongside young activists from Romania and Republic of Moldova how to identify and solve community problems, how to write a project and how to implement it. We will provide advisory and financial support. The topics we address with passion and interest during the Summer School for Democracy are: democracy; rule of law and good governance; power networks and anticorruption mechanisms; politics, populism and extremism; human rights and active citizenship.

The seminary will take place in Simon, Brasov County, between 22 and 28th of August 2014. At the seminary will participate 21 young people, aged between 20 and 30 years old, citizens from Republic of Moldova (15 people) or Romania (6 people). Enrolment submissions can be made up to the 31 of July, 17:00 GMT+3 at the e-mail address [email protected]. In order to participate you need to send us a resume, a cover letter of maximum one page and an essay of two pages about what it means to be a leader and how would you trigger a change in order to improve the situation economically, politically or socially in the community or region you come from. The proposal must include arguments and details regarding the identification of a deficiency, plan of action and potential allies and supporters. The participants selected will be notified until the 3rd of August.

The organizers will provide accomodation and food, as well as transport (car, train 2nd class or bus) limited to 130 RON (round trip). From Bucharest, transport will be provided for all the participants by bus to Șimon (Bran) both for arrival and departure, and the costs will be supported by the organizers.

Septimius coordinates the Summer School for Democracy since the first edition, in 2011. He works as program manager within Expert Forum and is an expert in administrative reform, good governance and electoral processes. Septimius coordinates programs aimed at developing active citizenship skills and involving citizens in the public decision-making process and he coordinated multiple national electoral monitoring campaigns. Septimius collaborated with some of the most important NGOs in Romania, such as Asociatia Pro Democratia or Societatea Academica din Romania.

Doru Toma is program coordinator within Konrad Adenauer Stiftung, Rule of Law Program for South-East Europe. Among others, Doru coordinates the leadership program for young Romanian jurists “Leaders for Justice” and is actively involved in organizing the documentary film festival dedicated to human rights “One World Romania”. Licensed in International Economic Relations in Bucharest (2003-2007), has a master in Geopolitics in Paris (2007-2008), Doru is also a graduate of the leadership programs “Southeast Europe and the EU – Leadership Development Programme” (2010-2011) si “FutureLab Europe” (2011-2012).

Cătălina is a psychologist with training in counselling, experiential therapy and certified trainer in non-formal education methods and creative expression. Her experience as a facilitator of personal development groups through creative methods (drama therapy, improvisation theatre, storytelling) conducted to a natural inclination to use metaphor and theatre when working with people. She participated to several labyrinth theatre performances and subsequently she was a constructor within labyrinth theatre performance “9”.
Speakers

Matthew Kelly is a Vice Consul here in Bucharest. This is his second tour; his first was in the ECON section in Sarajevo, Bosnia and Herzegovina. Mr. Kelly is a POL coned officer. He was previously a Peace Corps Volunteer in Lovech, Bulgaria and grew up in Lynbrook, NY, which is on Long Island and a stone’s throw from the Queens border. He has two brothers and two sisters. He has studied International Business and History at the University of Scranton in Pennsylvania.
Matthew Kelly joined the Foreign Service in 2010 after being a project manager for a company based in New York. He speaks Romanian, Serbo-Croatian, German and Bulgarian.

Neil Swain is the Senior Trade Commissioner and Commercial Counsellor at the Canadian Embassy in Romania. He is responsible for Romania, Bulgaria and Moldova. Prior to arriving in Bucharest in 2013, he was a Deputy Director in the Invest In Canada branch for DFAT-D for two years and a trade commissioner in the Montreal Regional Office for three. Neil has worked as a trade commissioner at the Canadian Embassy in South Korea from 2004 to 2013. He was been with the department for thirteen years and holds a Master’s degree in International Relations from Yonsei University, Seoul. He is married and has two children.

Sorin Ioniţă is an expert in public administration reform, development and local affairs and the President of Expert Forum. He works as a consultant for the Council of Europe, World bank and UNDP on eastern Europe and the Balkans. He is also Romania’s representative in the European Economic and Social Committee (EESC), sections Transport-Energy and Evironment-Agriculture and associate lecturer at Maastrict School of Management (MSM). He graduated from the Bucharest Polytechnic Institute (IPB); Bucharest University; has a Master from Central European University (CEU), Budapest; former Fulbright fellow at Georgetown University, Washington DC.

Laura Ștefan is an anti-corruption expert at Expert Forum and constantly works with institutions and international organizations, within UN or EU. She has over 13 years experience in the anti-corruption and decision transparency fields. Laura Ștefan areas of expertise are legislative analysis, training of public servants and developing the capacity of NGOs on topics such as conflict of interest, incompatibilities, public policy, access to information and decisional transparency, public acquisitions , policy evaluation, project management and formulating and implementing of public policies related to anti-corruption, organized crime, reforming the justice system, good governance and state reform. Laura was directress within the Ministry of Justice, international consultant on rule of law reform for the European Commission and the  Council of Europe. She graduated from the Bucharest School of Law and the Master program of the Cambridge University.

Otilia is an expert in energy and transport infrastructure policies, SOE’s reform, consultant for the World Bank. She worked a year in the private sector financial audit (Andersen, Erns & Young) and almost five years for the World Bank as a consultant. Here she worked on infrastructure and energy projects, but also on analysis, statistics and macroeconomics projections. She contributed on different studies by World Bank regarding municipal infrastructure and public utilities on local level and received special awards (“Spot Awards”, 2003,2006) from World Bank for performance on projects regarding electricity market and municipal services. Subsequently, she studied Public Policies and Fiscal Decentralization  at Central-European University(CEU), Budapest.

Cristi Danileţ is a judge, member of the Superior Council of Magistracy and founder of the Society for Justice (SoJust) NGO which aims to reform the System of Justice in Romania. Cristi Danileţ has been Romania’s representative at the Council of Europe in the European Commission for the Efficiency of Justice, he also worked as an expert within the workgroup for strengthening the integrity of magistrates and is an expert in the areas of independence of justice, judges impartiality, judicial integrity, juvenile justice and alternative means to settle litigations. He graduated Law at the University “Al. I. Cuza” in Iasi, Postuniversitar Specialization in the domain “Penal Sciences” at the Law University in Timisoara, master’s degree specialization “Penal sciences and criminalistics”, PhD at Babes-Bolyai University in the field of “Judicial Science – Procedural and Penal Law”.

Ovidiu Vanghele is publisher at the Center for Media Investigations. Untill 2013, Ovidiu worked as a reported for Pro TV, there he also contributed at the “Romania, I love you!” show and  also at the news agency Mediafax for over six years. Ovidiu specializes in producing journalistic investigations on issues related to justice, abuse of power, clientelism and corruption. He received multiple awards from RADOR, Journalists without borders and Romanian Press Club.

Cristian Chiscop is program coordinator at the Friedrich-Ebert-Stiftung Foundation. He has more than ten years experience in the field of modernization and consolidation of the democratic institutions in Romania, of the political parties especially, as the coordinator of several training programs for young individuals active in politics from Romania and Republic of Moldova. One of the more recent projects he was involved in is the itinerant exhibition “No to the right side extremism – for an active democracy”, that sheds light on the Romania’s extreme right strategies, the way they try to penetrate the culture of young people and disseminate extreme right concepts amidst the society.

See more details about the past editions of the Summer School for Democracy here. 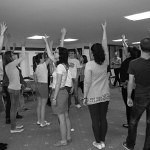 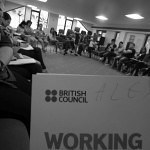 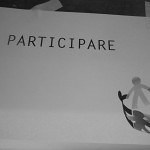 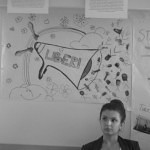 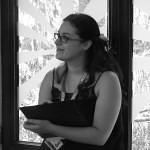 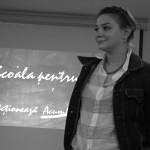 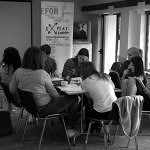 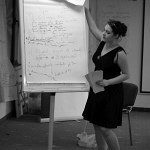 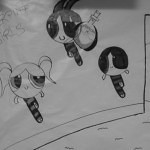 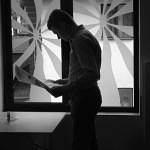 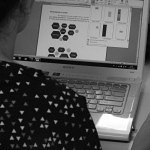 US Embassy in Chisinau

Embassy of Canada in Romania

The Embassy of Canada in Bucharest offers a number of services to both Canadians and Romanians alike. In addition, the embassy covers the countries of Bulgaria and Moldova. For more details please access Embassy’s webpage.

This program is financed by the Embassy of the United States of America in Republic of Moldova and the Embassy of Canada in Bucharest. The seminary was organized with the participation of Friedrich Ebert Romania Foundation.