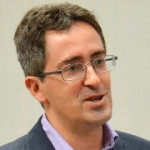 “Brutal and unthinkable in a West European country.” That was the verdict on two years of Romanian austerity measures from Andreas Treichl, the president of Austria’s Erste Group, the largest foreign investor in the Romanian banking sector.

But he added that “Easterners are used to brutality”, placing the measures taken in response to the global crisis in the broader context of hardship as a result of post-communist transition: the job losses, 25% public salary cuts, pension freezes and harsh reductions in social security benefits.

Whether he really meant it as a praise for Romanian resilience against adversity is a good question.

In any case, it is no longer true. A wave of spontaneous protests began last week, directed against the centre-right coalition government, and especially against President Traian Basescu, who since early 2010 has played the role of main communicator and driving force behind the austerity package.