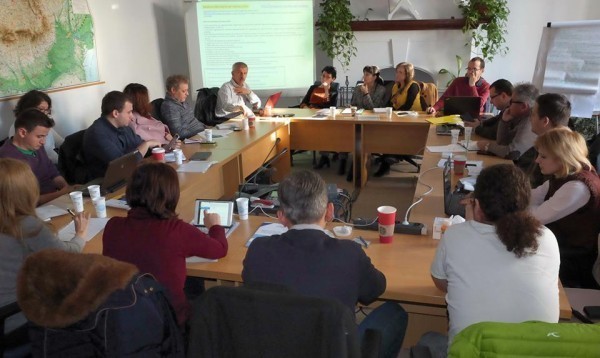 Since next year there we will have local elections and people are concerned about the quality of municipal services/utilities (water, sewerage, sanitation, heating, public lighting), we started a new project: a monitoring of 8 cities with participatory citizens and investigative journalists from local media. On 3rd-4th December 2015 we held a first meeting in Bucharest, in order to find out together which are the municipal services that can be monitored, which indicators are relevant for this process, where to collect data, what can we do in investigative journalism. For example, when we investigate the quality of sanitation in a city and the local budgets for it, we will also look at contracts and how they and the local procurement were made.

The pilot-towns that we want to monitor are: Bucharest, Galati, Craiova, Iasi, Bacau, Piatra Neamt, Cluj and Timisoara. What will we do: reports on each of these cities in June, before the election, to draw an alarm signal where the new elected officials have to make changes; and year-end reports, plus a comparative report, to see what has happened and how these cities compare to each other.

After the discussion, we agreed with the participants and with our partner Ilie Brie from the Center of Excellence for Sustainable Development, an expert in municipal services, to make an evaluation grid to support participants with indicators for which we must collect data so that the analysis is as relevant and complete as possible. This evaluation grid can be used by anyone who wants to do the same in his/her city.

The first draft of the scale realized by Mr Ilie Brie, here and two PPT presentations during the event, here.