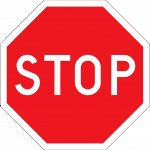 The signers of this appeal demand the authorities to urgently investigate the threats and pressures made against the family of the director of the “Telegrama” newspaper, based in Ploiești.

It is with grave concern that we notice that the cases involving pressures and threats made against journalists have multiplied, ending up today to also include physical aggression.

On the evening of the 25th of February, the son of Mr. Cristi Constantinescu, the director of the “Telegrama” magazine, was robbed and threaten by four individuals wearing masks, because his father had covered the case of the Prahova County Council president, Mircea Cosma.

According to the victim, the attackers have threatened that “If your father writes again about Cosma, we will cut your throats and set your house on fire. Don’t call the police, because even if we get caught will still get out and we will finish you off.”

The threat came after “Telegrama” had published several articles covering the prosecution of a case of traffic of influence, which involves the president of the Prahova county council and his son, Vlad Cosma, both members of the ruling party.

The Prahova case is just another addition in the line of threats made against other journalists, such as Sorina Matei and Dan Tăpălagă.

During last year’s spring, the journalist Mircea Marian was aggressed and insulted in public for his opinions. The case initially provoked numerous public reactions from politicians and public authorities, but was followed by a deep silence.

These direct threats represent a new and worrying evolution in Romania, which precludes the freedom of speech and affects the physical integrity of journalists.

We ask the Police department and the prosecutor’s office from Prahova to be resolute in what concerns the investigation of the threats suffered by the family of Mr. Constantinescu and to publicly communicate the results of the investigation in all of its stages.

We also demand that all competent authorities be vigilant and investigate similar cases, in order to stop the current tendency of worsening pressures made against journalists and the freedom of speech.